The A.L.S. Family Charitable Foundation of Bourne, MA was co-founded by family members of ALS patients with the belief that once you are affected by this terrible disease, you become part of our family.

Mary Ann (Sciaba) Singersen lost her father Edward J. Sciaba, Sr. and Donna Jordan lost her brother Clifford Jordan, Jr. far too soon to this disease. The two women met volunteering in the ALS community and decided to form our Foundation to honor their loved one’s memories by helping others and to continue the fundraising walk Cliff had started years earlier.  The “Cliff Walk” is now also held in memory of Janice Ferrara, as her family members Lenny and Tony Ferrara have generously sponsored the Walk every year and remain deeply committed to our cause.

This Foundation puts our ALS families first in everything we do. Our in-house programs are open to New England-area families and are designed to lessen some of the financial and emotional burdens of living with ALS.

Over the years we have watched our families come and go, with each new diagnosis strengthening our resolve and commitment to our motto, “until there is a cure, there is the A.L.S. Family Charitable Foundation.”

A diagnosis of ALS is one of the worst things that can happen to a person. The patient loses their health, their independence, and often their financial security. As we know too well, when one family member is diagnosed with ALS, the whole family lives with it.

That is where we come in. Our Foundation helps in a way that these families really need. We help keep the lights and heat on; we help send children of our patients to college; we help the patient get as good a night’s sleep as they are able to; we help families take what often is their last vacation together to make some wonderful memories; we take away the fear of not having enough to make the holidays joyous and back-to-school shopping fun; we make sure that caregivers are able to take time to care for themselves--and so much more.

And, of course, we also fund research efforts to find better treatment options and a cure.

The A.L.S. Family Charitable Foundation, Inc. was founded by Donna Jordan and Mary Ann (Sciaba) Singersen in dedication to the loving memory of Clifford Jordan, Jr. & Edward J. Sciaba, Sr. The impact of these two great men had such a profound effect on their families that they have left behind not only a legacy of love but of a boundless hope!

Clifford Jordan, Jr. was born and raised in Brockton and resided in Dedham. He was an accomplished carpenter and welder. Cliff was a devoted father to his daughter Amanda, a loving husband to his wife, Jean, and a cherished son and brother. Before he was stricken with A.L.S. at the young age of 34, he loved to vacation at his home in Vermont, ride his mountain bike, his motorcycle, and spend time with his family. Cliff had a unique and creative personality. He was very loved and is sadly missed.

Edward J. Sciaba, Sr. grew up in the South End of Boston. After high school, he worked as a rigger at Bethlehem Steel Co. in Quincy before joining the Navy in 1944. After being honorably discharged in 1945, he formed a construction company, Sciaba & Co., Inc. Over a 45-year period, he built many buildings throughout the Commonwealth including schools and other public facilities. Ed was highly respected in the industry.

Ed was a successful businessman, but more importantly, he was the loving patriarch of his family. He was tremendously strong and yet quietly adoring. He and his wife, Adele, raised four children and had eight grandchildren. Before Ed was diagnosed with ALS, he would spend hours supporting his grandchildren by attending their activities. A.L.S. took many things from him but never his inner-strength, never his resolve. Through it all, he remained a shining example for all that knew him.

Until there is a cure, the ALS Family Charitable Foundation unites families, raises funds for those suffering from ALS today, and supports research to cure ALS tomorrow.

Our mission is to provide patients and their families with the best possible financial and emotional support through their unique ALS journey.

Family Connection:
The needs of our ALS families are best served by those who have shared the experience.

Family Support:
We are committed to making a difference in people’s lives by providing emotional support and financial assistance through our patient service programs, which offer for tomorrow and strength for today.

Family Fun:
We help families enjoy their time together.

Held every September along the Cape Cod Canal, our Cliff Walk for ALS Fundraiser is our signature event. We routinely welcome 1,000 walkers and their families and have raised over two million dollars for our Foundation's In-House Programs and research efforts. The Walk is held in loving memory of Clifford Jordan, Edward J. Sciaba, Sr. and Janice Ferrara. 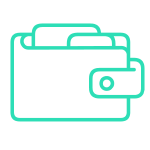 Please help us support our A.L.S. Programs and Families on Cape Cod! We thank you for your support. 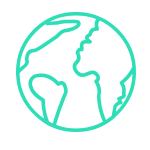 We're always looking for volunteers for our fundraising events. Please contact us about our volunteering opportunities. 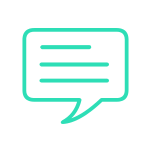 Follow us on any of social media platforms and help us spread the word about our ALS Family Foundation on Cape Cod.